Nate Branch, former Harlem Globetrotters will make a guest appearance on Baker: In the City, the Internet television show on CentralValleyTalk.com, Tuesday, December 7. The live phone-in interview takes place from 1-2 p.m. Pacific. Baker: In the City is hosted by Sheldon Baker, NutraInk.com publisher.

Branch attended Nebraska University and began playing with the Harlem Globetrotters in 1967. He recalled that his starting salary in 1967 was $20,000, which is quite different from present day contracts. He has been around the world six times and Branch will discuss the many memories that stand out for him. 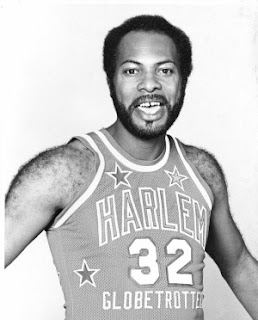 Branch, a Palo Alto, CA resident is the musical director at his local church. He also plays four instruments, including piano. 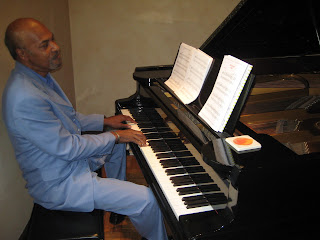 Nate Branch at the piano.
“My purpose is to inspire to know life can be good. You can always inspire to be better. If I can reach one kid, I have reached my goal to learn all you can at any age,” he says with a smile.

“Learn all you can.”